This post reviews the latest results from laboratory demonstrations and field trials for increasing further subsea cable system capacity (and spectral efficiency) on a per fiber basis.  Before taking a look at the most recent and meaningful results, we will have first a quick glance at what governs (and limits) the capacity per fiber, the so-called Shannon limit.

The Shannon-Hartley theorem tells the maximal rate at which information can be transmitted with zero error, using ideal error-correcting code, over a communication channel of a specified bandwidth in the presence of additive white Gaussian noise:

This upper limit applies to any transmission channel (free space, twisted-pair wire, coaxial cable, etc.).  In the case of optical fiber transmission, a communication channel must be understood as, e.g., a state of optical polarization, a fiber core or a fiber mode.

This is a measure of how efficiently a limited frequency spectrum (like the optical bandwidth offered by subsea cable system repeaters) is utilized by the optical transport technologies (found for instance inside line terminal equipment).  Spectral efficiency is expressed in bit/s/Hz (or more unambiguously in (bit/s)/Hz).  In the same way that the Shannon limit caps the information rate that can be transmitted with a specified bandwidth in the presence of additive white Gaussian noise, the Shannon-Hartley theorem also caps the spectral efficiency in the presence of noise: 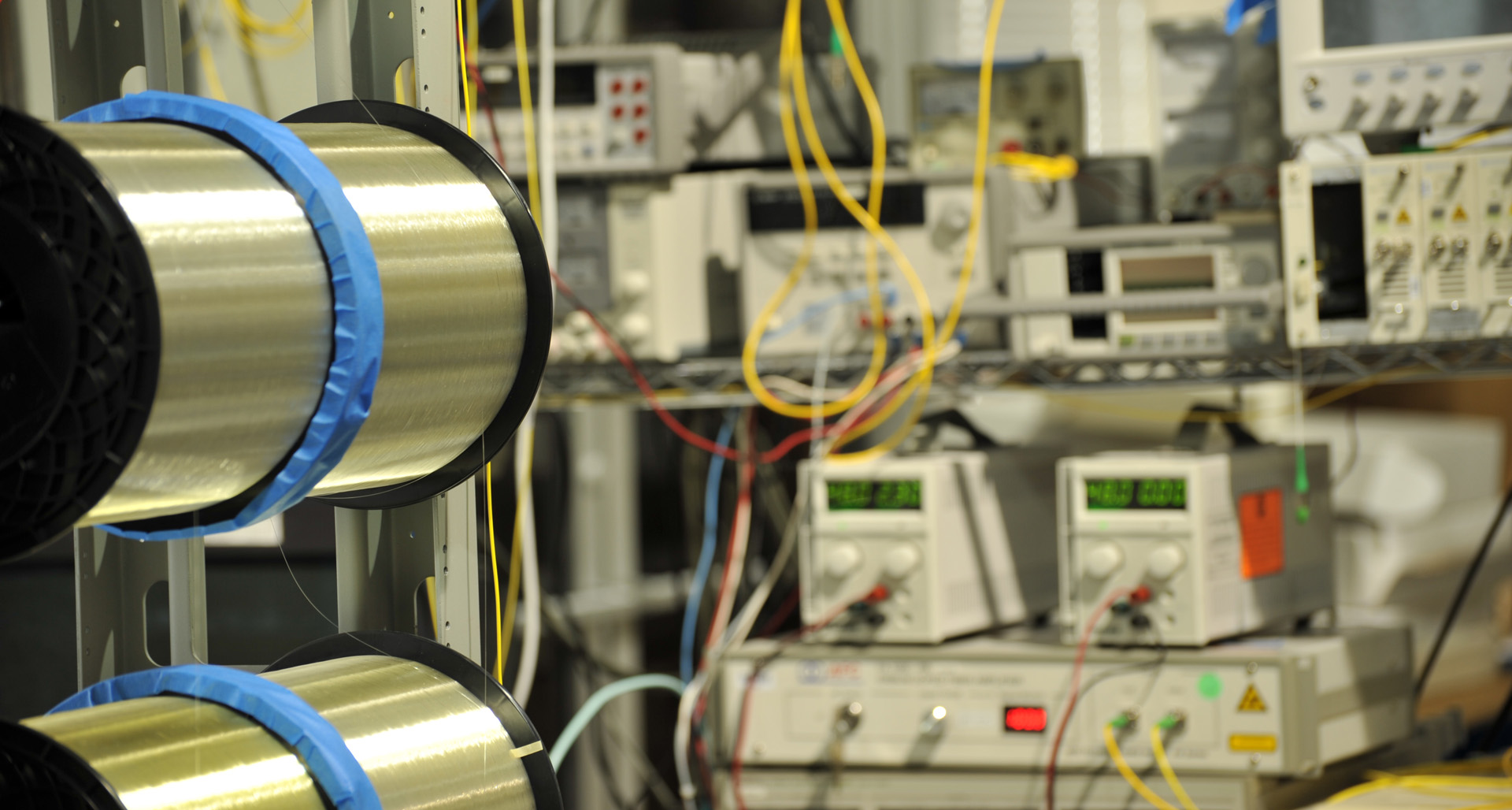 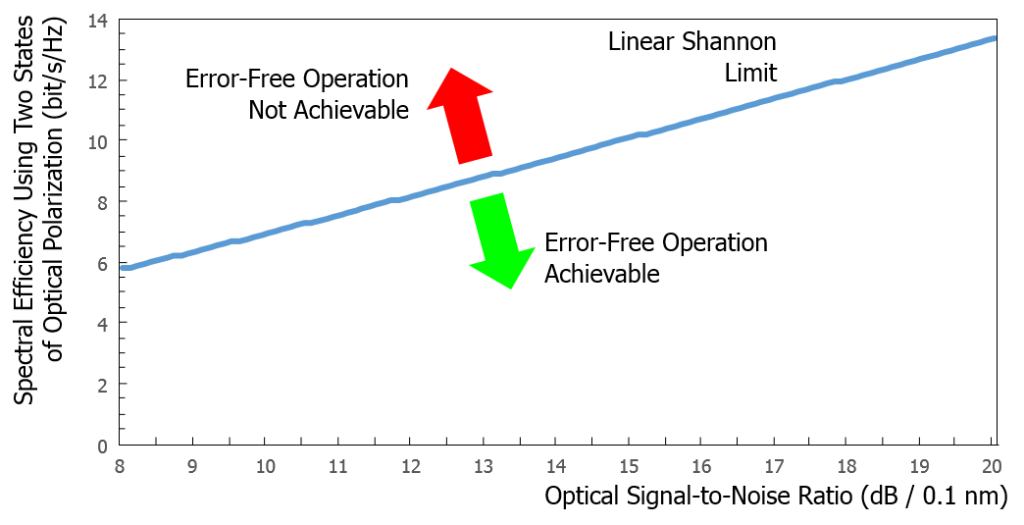 An optical link designed with an OSNR of 13 dB can theoretically allow error-free operation with a spectral efficiency as high as 8.8 bit/s/Hz.  The first transmission experiments were far from this figure: for instance, the best laboratory demonstrations 7 years ago achieved only about half of the maximal achievable spectral efficiency. 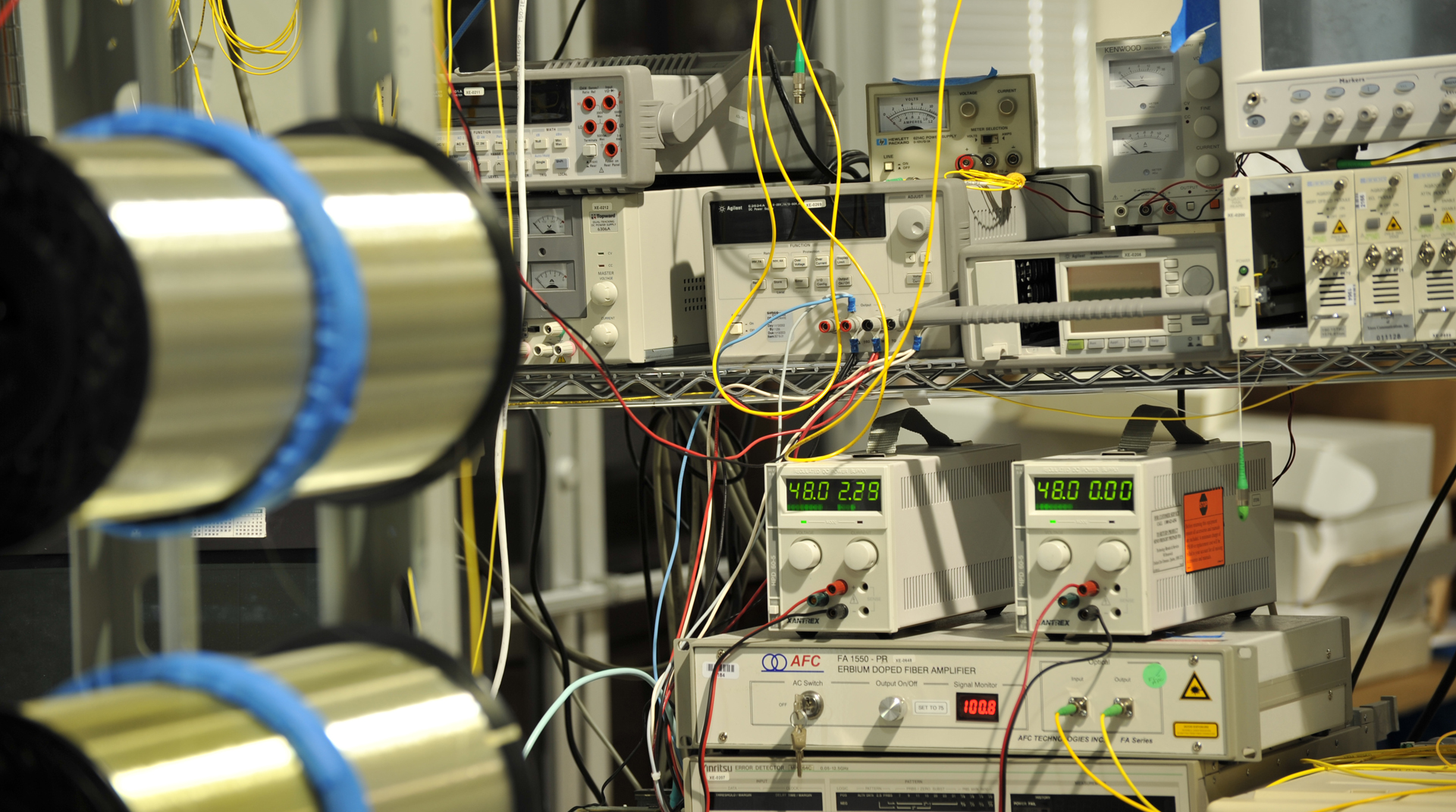 This section presents a recent selection of lab experiments about long-haul, ultra-high-capacity transmission along subsea cable systems reported in technical conferences or published in peer-reviewed technical journals since the beginning of year 2017.  Out of the five lab demonstrations summarized below, two of them make use of C band EDFA amplification scheme while the other three ones rely on C+L band EDFA repeaters.  For each of the works, the main technologies involved in reaching the Capacity / Reach results are summarized, while the results themselves are reported in terms of total capacity, spectral efficiency and transmission distance.  The five lab demonstrations below are listed in chronological order.

It looks like technology is reaching some kind of plateau as far as fiber capacity per bandwidth unit is concerned.  The gap with the Shannon limit is today small, and it will require even more complex and expensive technologies/devices to narrow further this gap for very limited capacity gains.

In parallel to lab demonstrations, we have seen several field trials in the past two years aiming at assessing the capacity performance of long-haul subsea cable systems that were designed 3 to 5 years ago.  These field trials are based on (more or less) commercially-available products, offering stable, commercial-ready performance margin.  Not all the field trials reported below were presented in technical conferences or journals so fewer technical details are available than for lab demonstrations.  The six field trials below are listed chronologically.

Telxius recently announced that the per fiber capacity of the MAREA 6,600-km transatlantic cable system has been increased from 20 to 25 Tbit/s, leading to a cable capacity of 200 Tbit/s.  No detail was provided about the OSNR figure at the output end of the cable system, so it is uneasy to tell how far the resulting 5.93-bit/s/Hz spectral efficiency is from the Shannon limit.  It looks, however, that the maximal capacity over a commercial transatlantic cable system, operated in C band, cannot exceed 30 to 35 Tbit/s.

As technology is getting closer to the Shannon limit from both practical and economical perspectives, the options identified for the short- to mid-term for further increasing the subsea cable system capacity are wider repeater bandwidth and/or higher fiber count.  The latter approach will be discussed in a future post.