According to TeleGeography data in May 2016, two-thirds of all traffic on transatlantic cables were from private networks, or networks run by companies for their own data transmission, and not telecommunications companies.  That was up from 20% in 2010.  The trend will not stop here with, e.g., the launch in early 2018 of the new MAREA cable system between USA and Spain where both Facebook and Microsoft have a significant share.  In May 2016 there were about 337 Tbit/s of potential capacity across the Atlantic; the MAREA cable is designed to add another 160 Tbit/s!

This evolution is valid in other parts of the world as well, with demand for bandwidth shifting from traditional telecommunications companies to large content providers.  Their need for bandwidth is growing so rapidly that it makes more and more economic sense for content providers to invest in their own infrastructure, whether entire subsea cables or fiber pairs in cables built with co-investors with similar connectivity needs and operational philosophy. 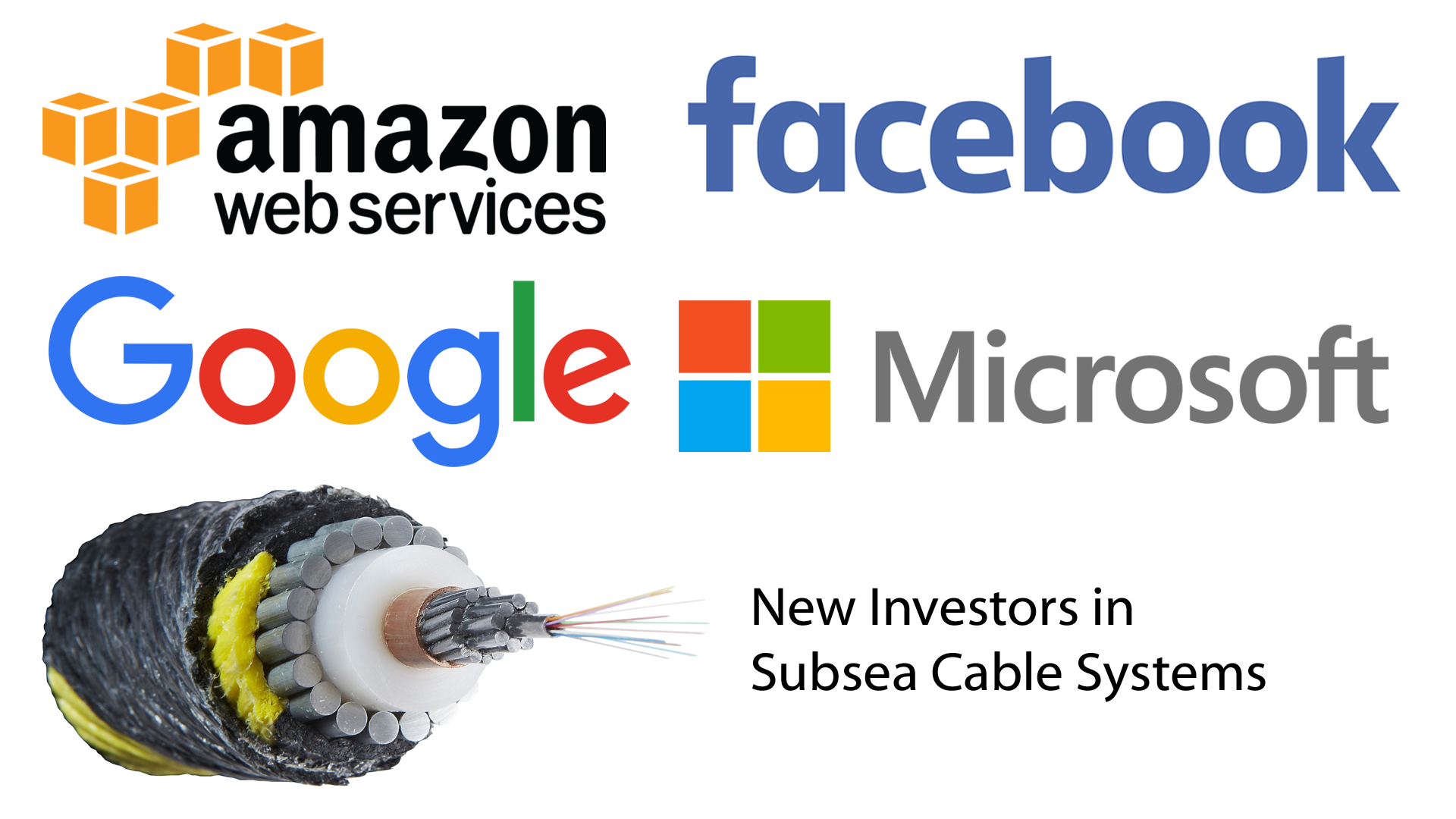 Google was secret for a long time before unveiling their investment in subsea cable systems; today, Google either has invested or plans to invest in six undersea cables (based on public data).  Facebook and Microsoft started shortly after.  More recently (May 2016) Amazon Web Services announced their first investment in a transpacific subsea cable system.

Microsoft is investor or foundational customer

the financing round and enabling the effective launch
of one new cable construction:

And those above are only the publicly announced deals.  One member of the GAFA team is missing in the list above and one can easily imagine that additional big names working at developing cloud-based and XaaS services are likely to be more active in the building of new subsea cable systems in the near future.

With the advent of all these new players (driven by the nature and volume of the predominant and fastest growing traffic), one basic question arises: what will be the weight of telecommunications companies in subsea industry in the midterm?  Ten years ago, telcos were the game masters when it came to design and build new subsea cable systems but, clearly, the game is now changing.