It’s no secret that data centers, which pump blood through the data arteries of global economy, consume a huge amount of energy.  So it is interesting to take a look at the correlation, if any, between electricity price and data center locations.  This post is about the European landscape and relies on data from Statistics Explained, an official Eurostat website presenting statistical topics in an easily understandable way.

The analysis found on this page is based on prices for the medium standard industrial consumption band, with annual electricity consumption between 500 and 2 000 MWh.  Web-scale data centers need power in excess of 2 000 MWh per year so the absolute price figures may not be 100% accurate but the relative figures are correct.

The price figures from the table above are in line with the figures shared by Hetzner Online, a data center operator headquartered in Germany, at the launch event of Cinia’s C-Lion1 subsea cable system.  Hetzner Online explained that the main reason for building their first non-German data center in Finland was Finland’s much lower energy prices: €0.056 per kWh in Finland, compared to €0.151 in Germany in 2014.

Correlation between Electricity Price and Data Center Location in Europe

Now what does this tell about data center locations across the European continent?  Sweden and Finland offer very low power price, as Serbia and in Bosnia and Herzegovina do!  However, reliable telecom infrastructure, safe and stable political and economic environments, and availability of green, renewable energy in Scandinavia are likely to explain why we find more web-scale data centers in northern Europe rather than in the Balkans.  Examples are given by Google’s data center in Hamina, Finland and Facebook’s data center in Lulea, Sweden.

The map below shows however additional Google’s data center sites in Europe: Dublin in Ireland, Eemshaven in the Netherlands and St Ghislain in Belgium. 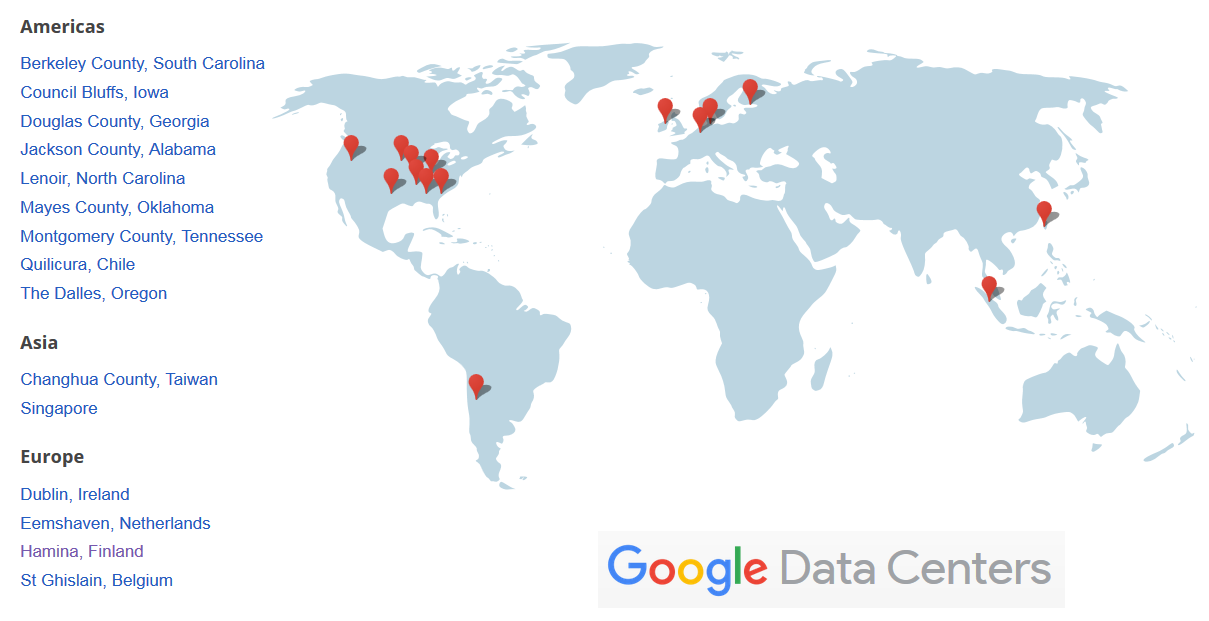 The second map shows the locations of the largest data centers worldwide.  Focusing on Europe, two of them are in Ireland, while the third one is located in Denmark. 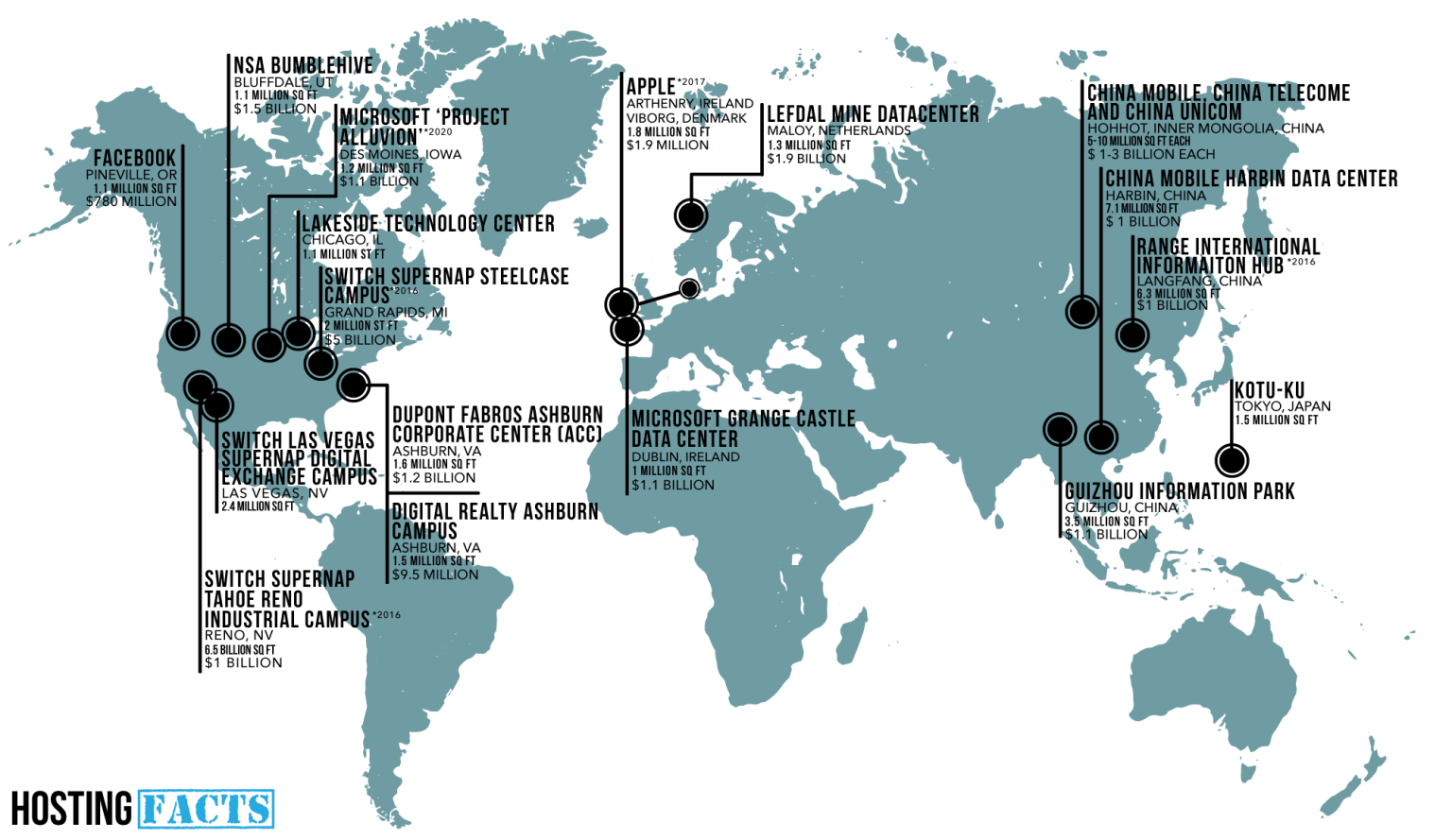 Electricity price in Ireland is significantly higher than the average price across the 28 countries of European Union, while the prices in Belgium, Denmark and the Netherlands are lower, but still well above what is available in Scandinavia.

So clearly, power price, although a significant data to factor in, is not the only criterion at play when large Internet content providers have to decide about where to build their data centers.  Other factors, like fiscal benefits, optical connectivity with the rest of Europe, or proximity to subsea cable landing sites, are also important considerations to take into account.  The good thing with this multi-factor problem is the resulting diversity in data center locations.