Equinix announced on 12 September 2016 it has been selected by the Monet submarine cable investors to provide US facilities and services for the next-generation cable landing station architecture to support the Monet subsea cable system.  Monet cable, whose investors include Google, is currently designed to deliver over 60 Tbit/s of capacity between the US and Brazil, and expected to be completed in 2017.  This new cable system will be landed at Equinix’s Miami (MI3) data center and will feature seamless connectivity to many neighboring cable systems to extend the capacity beyond Miami to other North American and European locations.  Monet subsea cable system is a new illustration of Equinix data center model. 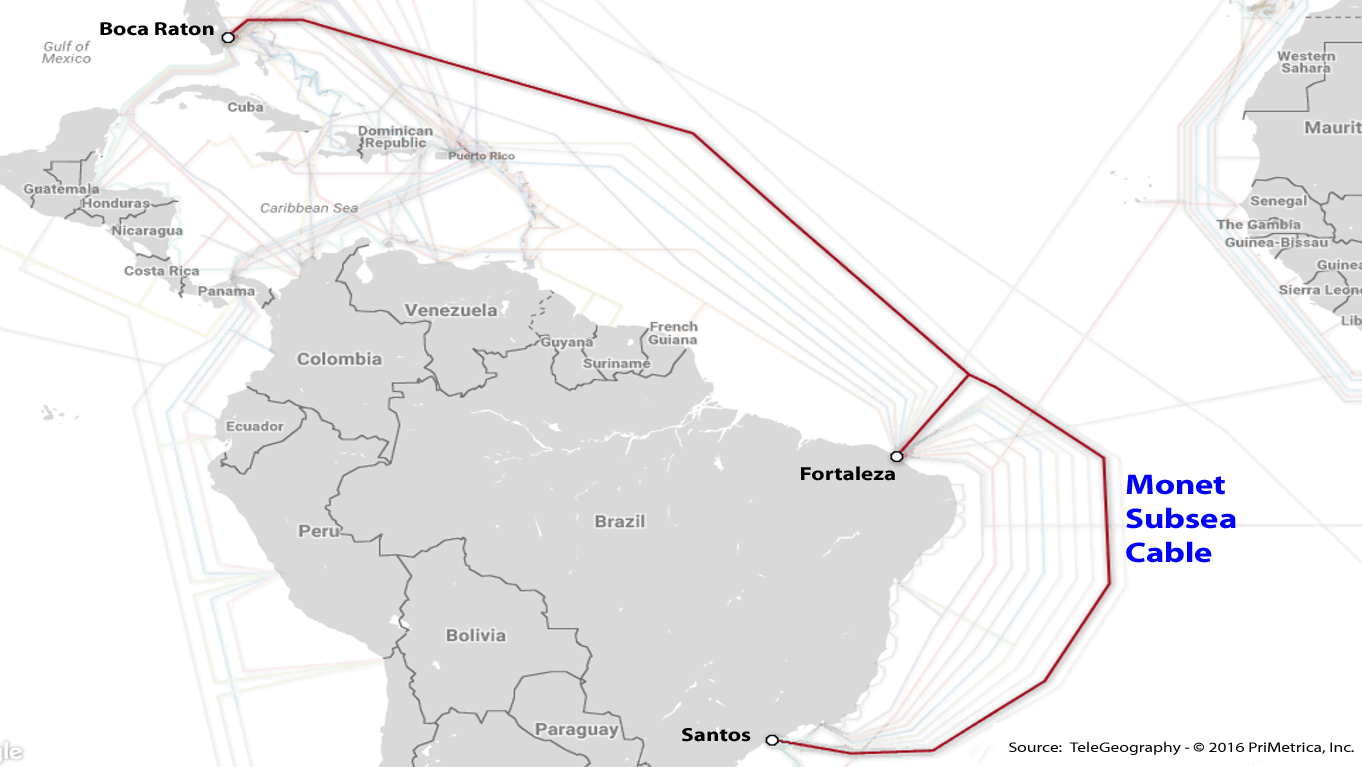